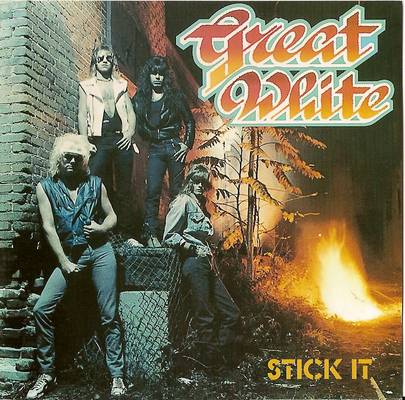 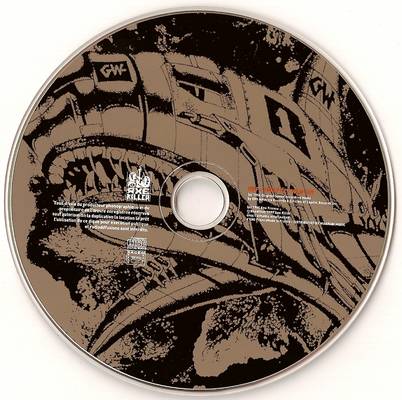 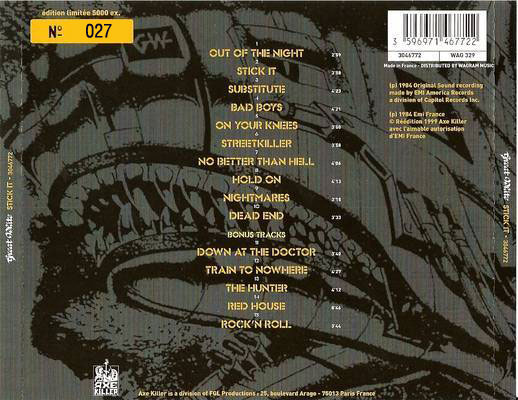 Axe Killer Limited ed. Out of a Limited Numbered Edition of 5000 this is Number 027 (Yes, that is 027) which is printed/stamped on the back of the CD case artwork. Import From France. Stick It is a reissue of the band’s debut album from 1984, with 5 additional Bonus Tracks, by Axe Killer Records in 1999. Audio Music CD, Condition is Like New (Near Mint) in Very Good Case with Like New (Near Mint) condition artwork, CD has no visible scratches or defects. Very Clean and plays great. Original recording, NOT a CD-R re-issue!

From an online review: Great White’s debut CD is just about impossible to find, so this is the one to grab if you want to at least hear the original tracks from the first release.This CD showcases a heavier sounding Great White. Long time members, Michael Lardie, Audie Desbrow, and Tony Montana had not yet joined the band. Great White was a four piece unit, and leaned more to the heavy metal side, than the pop metal of their later releases. 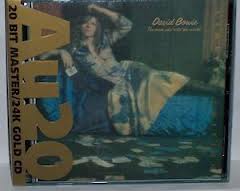